905
"MY SIMFEROPOL, GATE TO CRIMEA..." – THIS IS FROM THE POPULAR SONG. AND REALLY, EXACTLY FROM THE CRIMEAN CAPITAL, WHICH WILL CELEBRATE ITS 236 ANNIVERSARY IN 2020, THE TOURISTS OFTEN BEGIN THEIR ACQUAINTANCE WITH THE PENINSULA. "A BOX WITH SECRETS" − THERE IS HOW YOU CAN DEFINE THIS CITY HAVING A RICH HISTORY.
Amazing architecture of the buildings, various museums, theaters, temples, picturesque parks and gardens − the "city of benefit" has something to surprise its guests. What sights should you visit if you have several hours of free time and an unlimited desire to get to know Simferopol better? The Crimean Travel portal has been looking for the answer to this question together with guides who know the Crimean capital like the back of their hand.

A rich sightseeing tour "Provincial city S." allows to learn the whole history of Simferopol − from the beginning of the XIX century to the present day. Depending on what time a tourist has, a tour can be either full, for many hours, or shortened, fragmentary.

"The "Provincial city S." program embraces a lot of excursion objects, it begins on the former city square (near the State Council building), where the first cathedral, the first monument (the Dolgorukovsky obelisk), the first City municipal building and the first hospital for veterans of the Patriotic War of 1812 appeared. And the program ends on the former Bazarnaya (market) square (now Lenin square). It includes churches, Pushkin, Gogol, Catherine II streets, as well as intersections with good view of city vistas. Now these sightseeing tours are at the peak of their popularity. In second place are thematic tours for those who are already familiar with the city. People are especially interested in the history of the city estates of the former Noble Street (Gorky). By the way, about 70% of the city historical center has been preserved in Simferopol", — the first category guide Diana Mulyanova told the Crimean Travel portal.

Museum of the Simferopol History on Pushkin Street will help to memorize the knowledge gained during the excursion. By the way, most of the exhibits are collected thanks to the Simferopol residents themselves: these are old photographs, household items, documents, newspapers of the pre-revolutionary period, relics from the Civil and Great Patriotic Wars.

"Embankment of Three Times" and the Children's Park

According to Diana Mulyanova, the "Embankment of Three Times" walking tour, which runs from Gagarin Park to the Catherine Gardens, laid out in the early 19th century, is also popular. In 2016, a monument to Catherine II was opened in the garden: it was restored by analogy with the monument, which was here until 1921. In summer Beautifully illuminated fountains work in the Catherine Garden after dark.

To learn more about the parks and squares of Simferopol, the guide says, you can go on the thematic tour "It's park time". And for young guests of the Crimean capital special children's excursions related to the Children's Park are offered. Its main "hook" is the "Tavrida Bogatyr" giant oak of more than 750 years of age, which, presumably, inspired Alexander Pushkin to the famous rhymes: "An oak tree greening by the sea bay…".  For kids there is a whole "glade of fairy tales": there is a mermaid on the bough, and a schooled cat, and Father Chernomor with his 33 hero-warriors, and a wooden hut on chicken legs. Of course, the park is full of attractions, there is a zoo, an aquarium and even a children's astronomical observatory. And every weekend entertainment programs are arranged, with quests, master classes, concerts, games and discos.

If you have time and desire, be sure to visit the botanical garden in Simferopol, which is more than 30 hectares: despite the fact that it belongs to the Crimean Federal University (KFU) named after Vernadsky, admission to it is free. Its collection includes about 2,000 decorative trees, shrubs and herbaceous species, varieties and forms of plants, and rare ones − disappearing and relict ones.

Roses, irises, lilacs, tulips, cannes, daylilies, indoor plants are the most widely exhibited. During the existence of the garden, several specialized expositions have been organized: a rose garden, an exposition of ornamental shrubs (syringaria), a small exposition of ornamental perennials (iridaria), and others. Here you can also stroll along the avenue of nature scientists, relax in openwork arbors, admire the sundial and cascades of lakes with water lilies.   At the same time, the country house of Count Mikhail Vorontsov, who at one time was the Governor-General of Novorossia (new Russia), which included the Taurida province, is in the botanical garden. This house, built in 1826-1827, is considered one of the earliest monuments of the classicism style in the architecture of Crimea. Vorontsov bought the estate, where he stopped on his way to the South Coast, in 1834. Now the "house with lions", as this estate is called, belongs to the KFU, hosting the Research Center for History and Archaeology of Crimea.

What medicinal resorts of Crimea do tourists choose >>

Neapolis of Scythians is one of the most ancient monuments of the history of Crimea, the capital of the Crimean Scythians, which existed here since as far back as the 3rd century BC.

"The name is translated from Greek as "New city". So it happens that sometimes something old is a well-forgotten "new". The trade and craft center, which was large at that time, occupied an area of 20 hectares and was fortified with thick walls and towers. During archaeological excavations a mausoleum with rich tombs of nobles, including Skilur − the king of the Scythians − was discovered, with weapons and many golden decorations. On the territory of Neapolis of Scythians a museum complex was created in the form of a reconstruction of part of the settlement with towers, a winery, the remains of houses and other structures. In addition, from here, from the cliffs of the Petrovsky Rocks, a beautiful panorama of the city opens up", — the guide − blogger and traveler −Yevgeniy Bondarenko told the Crimea Travel portal.

If there is time and desire, Yevgeniy Bondarenko also advises to visit the Crimean Museum of Tram and Trolleybus History, which has been operating on the premises of the trolleybus parking territory for decades.

"In three halls there is a chronicle of the Simferopol trams − from the moment of its first launch until the "retirement", the history of the construction of the mountain trolleybus route Simferopol − Yalta, all stages of trolleybus life − from its "maiden trip" to the present day. Here you will see rare photographs, models of urban transport, the first ticket punch and a collection of tickets, get acquainted with the records of a "horned friend". In total there are more than 3,000 exhibits. The museum has been visited by guests from the UK, America, Belgium, Bulgaria, Hungary, Germany, Holland, Poland, Finland, the Czech Republic, Slovakia, Switzerland", — the guide shared his information.

Tourists identified the most desirable resort places of Crimea >>

According to him, the museum works on weekdays, from 9 a.m. to 3 p.m. and you just need to come to the entrance of the trolleybus parking territiory on the Kiev St. with any identification document and ask for admission to the exposition.

Of course, this is not all the attractions that can be visited in Simferopol. Lovers of cultural activities are happy to go to the Crimean Ethnographic Museum, the Central Museum of Tauris and the Gorky Crimean Academic Russian Drama Theater.   Believers will surely visit the main temple of the city − Alexander Nevsky Cathedral, built in 1829. And in the Holy Trinity Cathedral they will touch the relics of Luke of Crimea, one of the most revered saints in Orthodoxy.

Star poster: who of the famous stars will tour Crimea in January >>

And there also are in Simferopol: the main Friday mosque of Crimea − Kebir-Jami, built in 1508, and the Karaite kenesa, a religious building of 1891, the architecture of which combines Moorish, Byzantine and Gothic styles.

And what else − says Diana Mulyanova − the last two years there has been a growing demand for "blindfolded excursions" on Pushkin and Yekaterininskaya streets delivered by blind guides − members of the unique interactive project called "The World in Touch".

The expert dispelled the myth of high prices in Crimea >>

Finally, as part of the Crimean Spring thematic tour, the tourists will not only be told the story of Crimea joining to Russia, but also taken to historical places − from the former city square (near the State Council building) to the Lenin Square − they will be show n the monuments to “Polite People” and "Militia of all times". 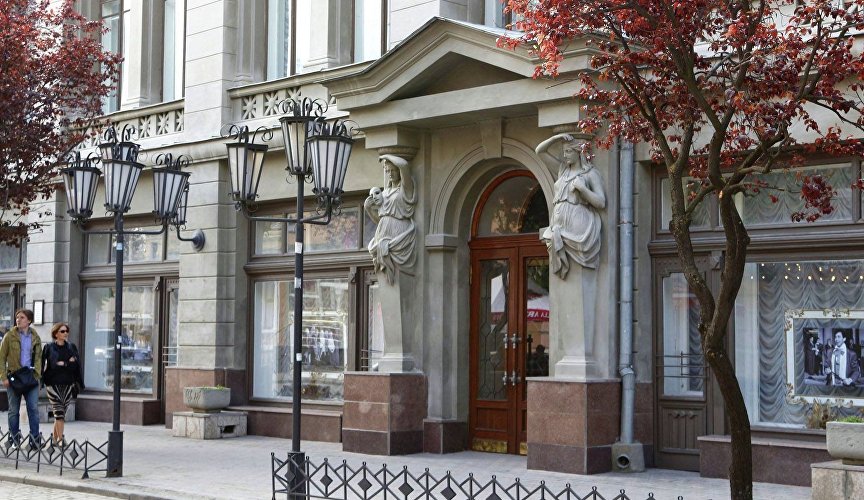 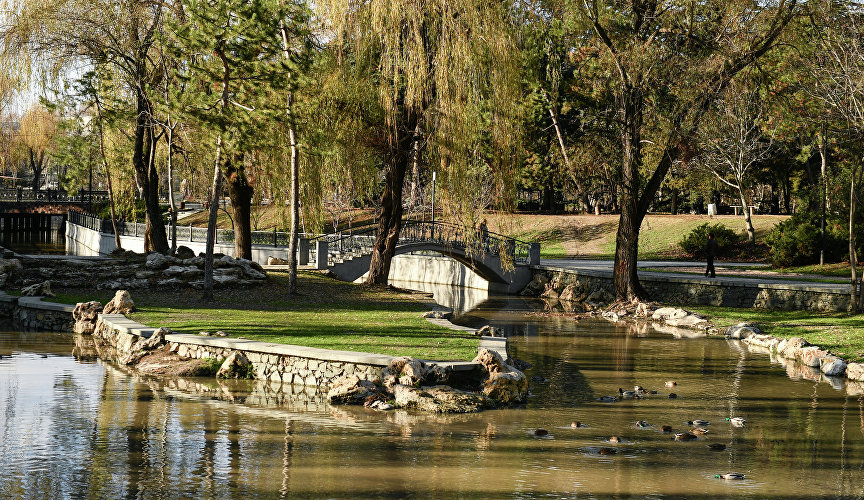 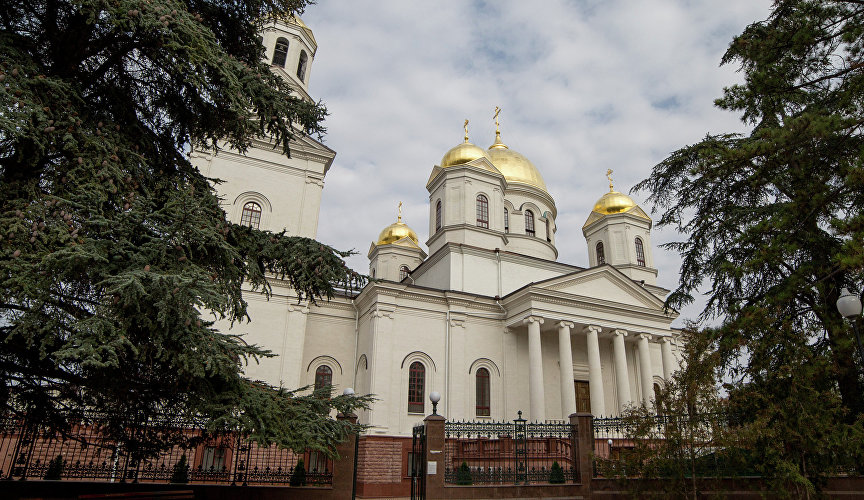 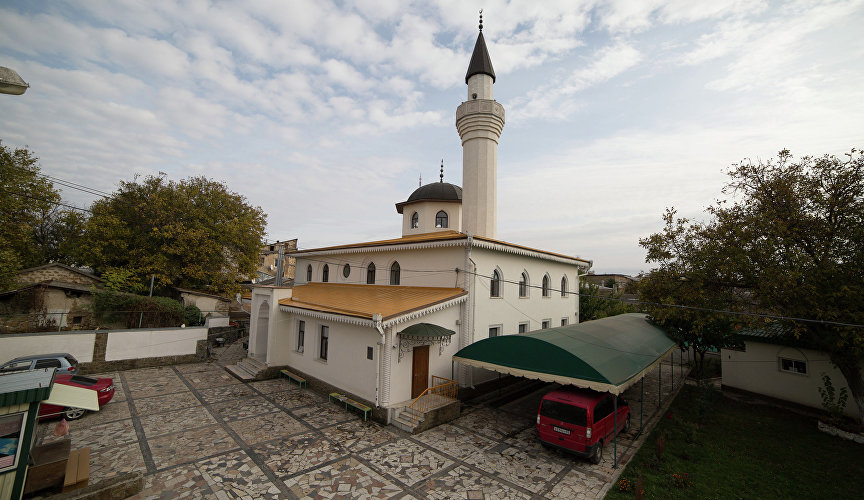 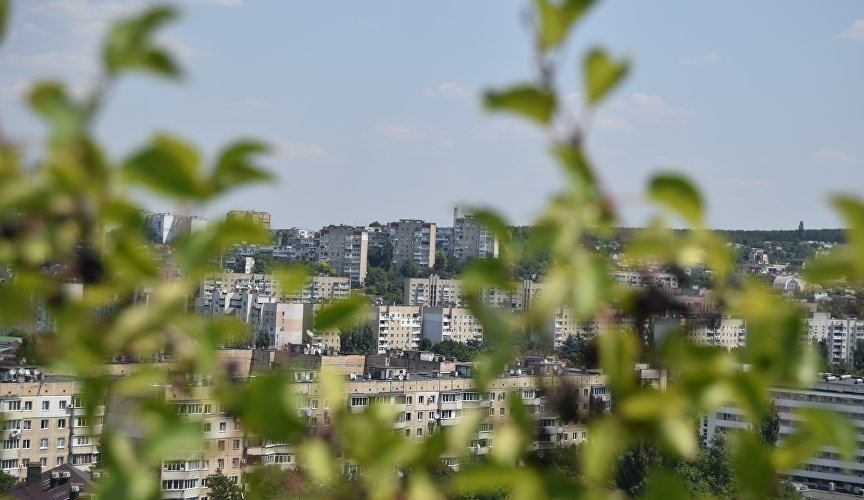 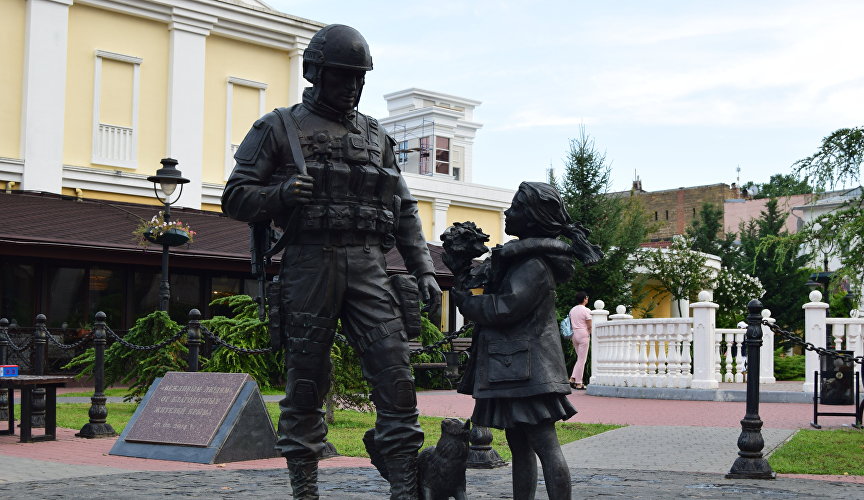 Tourist portal of the Republic of Crimea, Konstantin Krestyaninov

Tourist portal of the Republic of Crimea

Photo of the Ministry of Resorts and Tourism of Crimea

Tourist portal of the Republic of Crimea, Konstantin Krestyaninov

Tourist portal of the Republic of Crimea

Photo of the Ministry of Resorts and Tourism of Crimea

Where to goGuide to Crimea: what to see in Kerchi in one day
VideoDiscover Crimea with us: video tour
NewsCrimea at 360: Travel Portal launched virtual 3D tours of the Crimean resorts
What to doEight years with Russia: top 10 monuments installed in Crimea