Crimea's only operational civilian airport is located in Simferopol. It currently serves regular and seasonal domestic Russian flights. The airport's new terminal, which opened in April 2018, is known as the most advanced, largest and high-tech facility in the entire Southern Federal District. The 78,000 sq m terminal can handle 3,650 passengers per hour, and 6.5 million passengers annually.

The new airport building has 52 check-in counters, a facility for mothers with small children, a first aid office, a chemist's shop, SIM card shops, bank offices, a veterinary station, a duty-free shop, a champagne restaurant, a food court and prayer rooms for Muslims and Orthodox Christians.

The airport terminal's unusual architecture has earned it the name Crimean Wave. According to the designers, the building symbolises the rich local nature. Over 30,000 trees have been planted inside the terminal, and passengers will see a green wall with real flowers in the check-in area.

In 2018, an online vote under the Great Names of Russia project resulted in naming the airport after the great Russian artist Ivan Aivazovsky, a native of Feodosia. 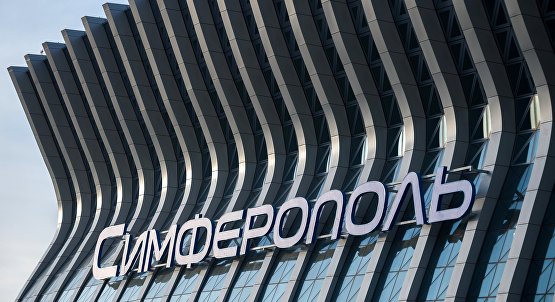 A secure metered parking facility is available at the airport.

Simferopol airport can also be reached via public transit: buses and taxis.

Express tickets remain valid if flights are delayed or there are luggage problems. Passengers can call the dispatch office at: +7 800 250 6884 or a coordinator at the airport terminal's luggage handling facility and describe the problem.

Bus schedule is available at http://fly-bus.ru

Buses are the simplest and most popular local transport option. Unlike trains or boats, they are everywhere.

It is possible to get to any community from Simferopol, the republic's capital and logistic centre. Bus tickets are sold inside the airport, and buses depart from a platform near the entrance. They also connect the city with the most popular resorts. For ticket reservations, go to the bus company's website or click on the airport's website.

It is also possible to reach one of the bus stations in Simferopol by public transit. All seaside routes are posted at Kurortnaya Station near the railway station. The Central Bus Station links Simferopol with cities in other Russian regions, including Sochi, Krasnodar, Rostov-on-Don and others, as well as most Crimean towns. The Vostochnaya and Zapadnaya bus stations serve eastern and western routes, respectively.

Schedules are seasonal and should be confirmed on the bus operator Krymavtotrans' website. It is also possible to buy bus tickets online. 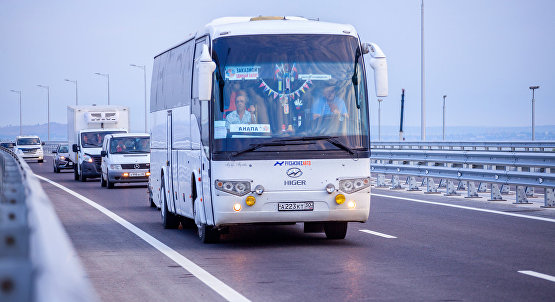 It should be noted that Sevastopol is a separate constituent entity of the Russian Federation, therefore passengers will have to present their IDs when buying tickets and travelling to the city. Bus schedules and tickets are available on the bus operator Sevavtotrans' website. For more information, call +7 8692 440 464.

Those entitled to discount tickets will have to provide the required documents and their passports. In addition, people with disabilities can use the social taxi service. For more information, call the information desk of Krymavtotrans at +7 3652 545 676.

The bus website provides all information concerning tickets (including children's). Krymavtotrans allows transportation of animals. Pets must be health and kept in clean and closed cages. Additional information regarding pets is posted on the bus operator's official website. 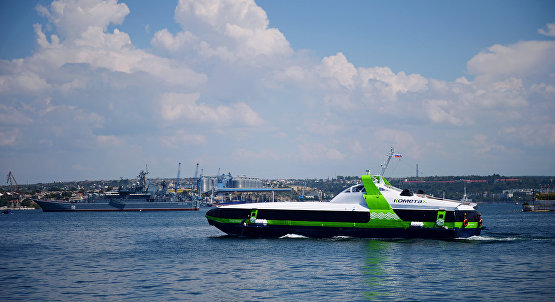 The Sevastopol-Yalta trip can be taken on a bus, a taxi or a sea-going boat. The latter reduces trip times to two hours. The high-speed Kometa hydrofoil carries passengers at a speed of 35 knots or about 65 km/h; its comfortable cabin holds 120 people. The Kometa sails past picturesque mountain ranges and cliffs along the Crimean Peninsula. Kometa tickets are available online.

Tickets are also sold at Sevastopol seaport (5 Nakhimova Prospekt), in the lobby of the Yalta-Intourist Hotel (50 Drazhinskogo Street) and at some local travel agencies.

Passengers will need passports and children will need birth certificates.

This impressive engineering feat ranks among the largest bridges in Russia and is seen as an important facility for Crimea. The Crimean Bridge officially opened 16 March 2018, and toll-free vehicle traffic was launched between the peninsula and mainland Russia the same day. First lorries drove over the bridge on 1 October 2018.

The 19 km long bridge includes a pair of parallel bridges that provide for road and rail traffic. The route starts on Taman Peninsula and passes along a 5 km dam and Tuzla Island. The bridge then crosses the Kerch Strait and reaches the Crimean coast.

The Crimean Bridge's four-lane motorway section can handle up to 40,000 vehicles daily. The bridge maintenance service has all the materials and equipment for promptly responding to difficult weather conditions. Over 60 signs showing distance and the direction of movement are installed along the bridge.

The Crimean Bridge's railway section will be completed in 2019. A temporary operation is to be launched in December 2019, while full service double-track capacity will be up to 94 trains daily. Passenger and freight trains will run at 120 km/h and 80 km/h, respectively.

For additional information, go to https://www.most.life/. 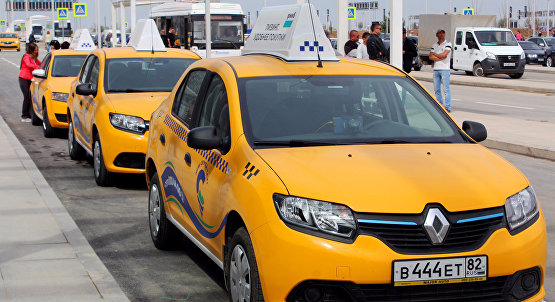 Travellers can take a taxi or rent a car at Simferopol airport. To order a taxi, contact the dispatch service at the airport terminal. Trips can be reserved in advance by calling +7 3652 595 210 or by e-mail: taxi@sipaero.ru.

The dispatch service charges fixed rates for trips between the peninsula's communities. Passengers can pay with cash or bank card. After arriving, they are given receipts listing the trip's full cost. Each taxi provides free Wi-Fi, child seats, air conditioning, and mobile devices charging ports.

Taxis stop in the first lane opposite the arrivals section. Passengers will be notified by their mobile phones.

Car rental is also available at the airport. A pavilion with car rental company counters is located near the taxi dispatch centre. For more information on rentals, go to the Simferopol airport's website.

Travellers are not advised to use unauthorised drivers. 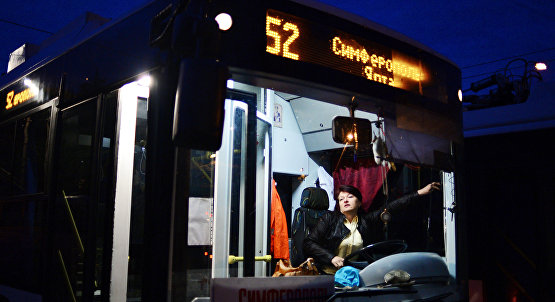 Trolleybuses to Alushta, Yalta and many other coastal towns are available at the square in front of the Simferopol Railway Station and also from the airport. Ticket offices are also located there. Here are the five main trolleybus routes:

For information about routes, fares and any changes, go to the trolleybus operator Krymtrolleybus website. 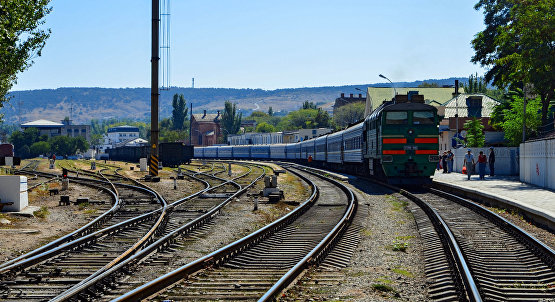 Crimean-Ukrainian rail traffic was terminated in 2014, but trains continue to operate around the peninsula. Rail traffic between Crimea and mainland Russia will be launched in 2019 after the rail section of the Crimean Bridge opens. By that time, there are plans to modernise local railway lines, to purchase new trains and to draft a cost-effective rail traffic concept.

For updated train schedules, go to the Crimean Railway website.